Steve McQueen’s 2011 film Shame is a personal favourite.  It does everything a great film should do – capture emotion on screen, and create emotion for those watching it.  His other films aren’t too shabby either, with Hunger (2008) being a true artistic vision of real story, and 12 Years a Slave (2013) a comprehensive cinematic experience of large themes.  He’s an elite director, with a wonderful eye for detail and a transcendent relationship with his actors.  Widows is a new step for him, a jump into the genre movie with the weight of expectation on his shoulders.

McQueen co-wrote the film with Gillian Flynn (Gone Girl) and it stars just about anyone you can think of.  It’s an ensemble cast, with Viola Davis at the centre as the grieving wife of a criminal, played by Liam Neeson.  When gangster come politician Jamal Manning (Brian Tyree Henry) knocks on her door looking for the money her husband stole of him in his fatal heist, she has to band together the wives of the rest of her husband’s deceased crew, to pull off a job to pay Manning.  Set in contemporary Chicago, a political race is also mixed in there, with dodgy product of the system Jack Mulligan (Colin Farrell) going up against wildcard Manning. 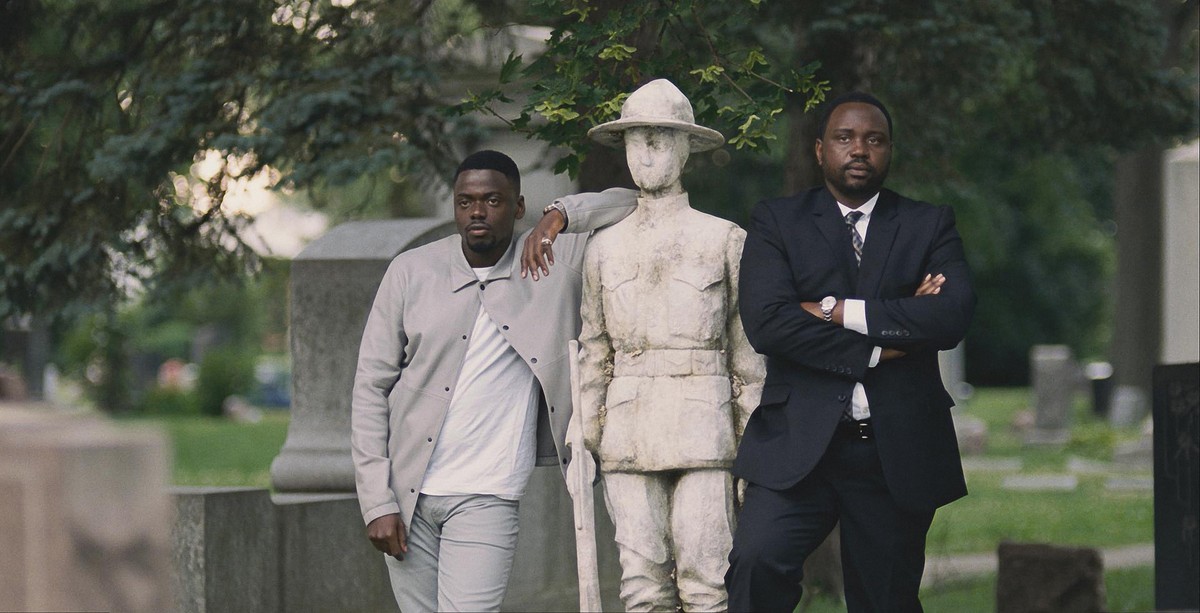 For a movie with a simple premise, there is a lot going on.  In the first hour I was wondering where all the threads would come together, and why there were so many players bouncing in and out scene by scene.  However all this mix and matching is entertaining, thanks to this incredible cast and quick pacing.  The movie races along, but McQueen gives each actor time to breathe.  Davis had the potential to be annoying in this role, but is measured enough to keep the film’s empathy balanced, rather than over the top.  Farrell is sleazy, but mostly pathetic and it was like watching a dog that had been run over most of the time.  Elizabeth Debicki is totally believable as the underdog, and the highlight of any of the actual heist stuff.  The standout by far is Daniel Kaluuya, who is absolutely terrifying, in a fun way, and his scenes probably took the shine off the rest of the movie.

After the first hour, the film gears towards the heist more, and this was a negative for me.  The least interesting thing about this film is the heist, because when it came down to it the stakes felt very low, and unimportant.  I would have been happy if the film got to the final act and the characters were like actually no we can’t pull this off, credits.  And I’m not saying the women weren’t convincing as capable of doing it, they were, but seeing them try and get on with their lives after losing their husbands was more intriguing.  So the film becomes a bit of a romp, which I’m fine with, because it was well directed, and exciting.  However the political games between poverty and the institutionalised, Kaluuya’s madness, and Debicki’s new means of income completely overshadowed the need for a final act robbery.

There is a real sense of place throughout the movie, and its greatest strength was its geography.  The best scene in the film is a shot from a car bonnet, where you can hear Mulligan (Colin Farrell) and his assistant (Molly Kunz) talking candidly in the back of the car, but you can’t see them.  It’s a single take where the car moves from the projects to the suburbs, and perfectly illustrates the contrast in wealth in such a short amount of distance.  And that idea of a decaying, façade-ridden city is the theme that worked the most.  McQueen and Flynn throw in added social issues towards the end of the movie, that didn’t have an impact because of their briefness.  There’s also a third act revelation that felt unneeded, and it made the final few moments unsatisfying for me.

This is one of those films where there is a lot to talk about, which I like.  I understand why the majority of critics have applauded this film, it’s good and I enjoyed it.  There were a few things that didn’t sit right with me, and it’s a shame that the better parts of the film stayed in the background.

Is it worth the price of a cinema ticket?

Yes.  In the end this movie is a solid cinema experience, for any mainstream audience, something I wouldn’t say for McQueen’s previous films.