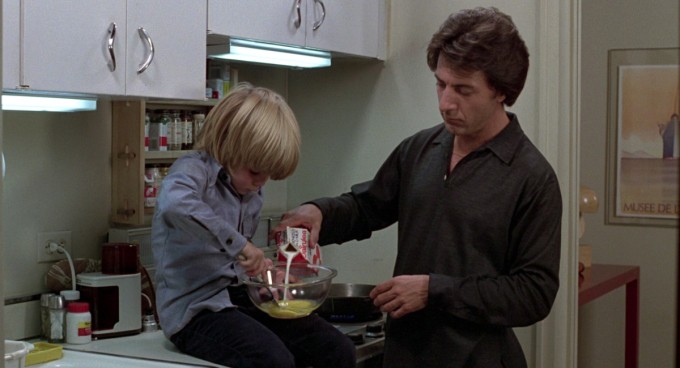 One thing that fascinates me about film watching is how our tastes change as we change.  The enjoyment of a film is based purely on your personality and life situation.  For example a friend recently told me he was really into old gangster films, so I asked if he meant like The Godfather (1972) and he said no, like Public Enemies (2009).  He said that he believed that it was the best gangster movie of all time, though I later found out he hadn’t even seen Goodfellas (1990) or any film of the genre before the year 2000.  However Public Enemies is the best gangster film for him because of his small research pool, and I would guess he probably wouldn’t enjoy a classic from the seventies.  The point being that what we like in a film is completely defined by who we are as a person, but also what we’ve seen in the past.  And then your tastes mature, because of the people you meet and the experiences you go through.  You ask me at sixteen whom my favourite director was and I would’ve probably said Quentin Tarrantino, in a typical teenage boy kind of way.  Go ahead four years and though his films are good, they can be slightly repugnant to me.  This is because I’ve changed, not necessarily in some gap year life affirming journey, but just in small ways.  Spending a lot of time with an intelligent and caring woman is a massive step to changing how you view films.  Suddenly those romantic films you adore seem silly because the girl you’re watching them with is telling you how inaccurate the portrayal is of the female in the relationship.  You start to notice where women are ignored or falsely portrayed for the sake of the director, because of this different perspective sat next to you.  Then your eyes are open, and they were firmly open to an absent character in the film Kramer vs Kramer (1979).

The film itself is great.  It is a simple concept (custody battle of the child of a divorced couple) told very gently, and it breezes by.  Dustin Hoffman (ugh) is fantastic as father Ted Kramer and gets wonderful treatment as a man creating a tight bond with his son, and understanding the perils of leaving your wife to become a bored housewife.  And the film pretty much focuses entirely on that – how Ted realises that he loves his son over his work and was negligent of his wife’s needs.  Yet we rarely see his wife’s point of view.  Joanna Kramer, played of course superbly by Meryl Streep, is absent for most of the movie after the first ten minutes.  She disappears and is shown to have abandoned her child.  Now she’s left for good reason, and that’s explicit, but the decision to keep her out of the frame and elevate this character arc from Ted is something I locked into.  It was under my nose because I’ve started to understand the role of the female in cinema more, because of my learning new values, following feminist writers on twitter and spending time with that female who has changed my life so much.  The idea is conceited yes, and I’m certainly no radical progressive or anything, but once you start looking for the disregarded female it’s hard not to see it.  So I’m sat there watching the film, wondering how harmful it actually is.  Yes the film ultimately has a positive message, and yes the idea is how Ted changes, not the dynamic of this new attempt at purpose from Joanna, however there’s part of me thinking the film could have benefited with more of her.  Not only thematically, but also stylistically.  The joys of the film come from Ted’s interaction with his son, any two shot of them is sublime, and Ted’s interaction with neighbour Margaret (who is also divorced).  Therefore a look at the other side with Joanna could have given the film something more?  Or perhaps it would have lessened the impact of the beautiful life transition Ted has.  There is a mark on the film, because the man wins whole heartedly, and the woman is shoved into the dark without a real chance to protest her point.  I’m not sure how big of a shame this is, because the film works, but it’s certainly a representation of how gender usually works in popular cinema.

It is a classic film, and this criticism is probably a common one, considering it’s an Oscar winner that came out almost forty years ago.  I’m using it as an example to try and key into how I’m evolving as a person and how my film tastes are evolving.  At twenty I am always looking for a new film to get into my top ten, so that I can remove the stuff that’s been in there since I was that geeky teenage boy.  It’s cool to see how my attitude is changing, and all my favourite directors and critics are well over the age of thirty so I’ve got some way to go before I’ve reached their calibre of understanding what films really mean to me.